The doorbell was developed as an upshot of the door to announce the arrival of visitors. Early doorbells experienced sound quality and range limitation that were not attended to until the introduction of electricity. Joseph Henry, a renowned American scientist during the 19th century, invented the electric doorbell in 1831. Henry’s wired doorbell system consisted of one or more buttons that constituted a single poll switch, which when manipulated joined the doorbell circuit consequently activating a chime, bell or buzzer. The system employed a transformer that reduced the energy from 120 – 240 volt to the 10 – 20 volts typically required for operation. 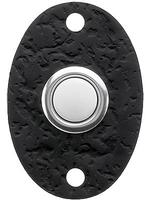