On April 27, 1877 Thomas Edison filed a patent application for an improved phone transmitter. Edison’s carbon block telephone transmitter relied on variations in the conductivity of carbon as a result of pressure. Edison's patent claim was declared in interference to a Notice of Invention filed by Emile Berliner two weeks prior. Although the conflict was not resolved for more thn a decade, Edison began producing his transmitter toward the end of 1877. In 1892 a federal court ruled that Edison was the inventor of the carbon microphone.

Mouthpiece with Inside Thread - (currently ~ out of stock)
Unit Price: $28.75 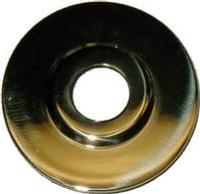 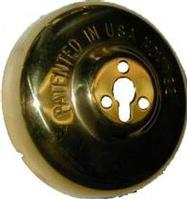